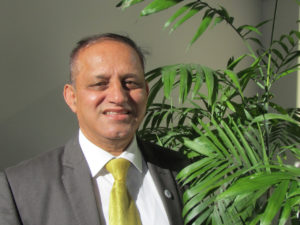 Prominent leaders of the Indian community in Victoria are unconvinced dowry abuse is going on in Australia and say new laws to abolish the practice are unnecessary.

President of the Australia India Society of Victoria, Dr Gurdip Aurora yesterday said he had never come across dowry-related violence during his 40 years in Melbourne.

“I have never encountered anything in Melbourne,” Dr Aurora said. “There are problems in India because the guys in India are greedy.”

The practice of dowry, in which a bride’s family provides valuables to her husband or in-laws before or after their marriage, only took place when people married in India and came to Australia as migrants, he said.

Dr Aurora’s comments are at odds with the findings of Victoria’s Royal Commission into Family Violence, which found dowry, an old tradition in many Asian and Middle Eastern cultures, is still practiced in migrant communities in Victoria, despite being illegal in India for decades.

The Commission also heard evidence that dowry abuse was linked to family violence, murders and suicides in Victoria.

As a result, the Victorian Government last week introduced a bill to expand the legal definition of family violence to include dowry-related abuse.

Federal Labor MP Julian Hill, who recently called for a Senate inquiry into dowry abuse, said the Victorian Government had led the way on tackling family violence in Australia.

He said just because “someone claims to not have seen [dowry abuse] doesn’t mean it’s not a problem”.

“There is credible evidence that [dowry] is a driver of family violence and based in many cases on a view of women that is unacceptable in modern Australia,” he said.

“There have been proven case studies of murder, suicide and violence.”

Mr Vasan Srinivasan, of the Federation of Indian Associations of Victoria, echoed Dr Aurora’s scepticism, saying dowry abuse is only a “small problem” in Australia.

Instances of family violence in Indian society were often the result of greed or poor mental health rather than dowry, he said.

“We’ve got enough laws to protect our women in this society. I don’t see that we need a special law for dowry,” Mr Srinivasan said.

“There are some newcomers who are migrating and because of the peer pressure they want to buy a house. They start asking, ‘Why work? Can you get some money from your father?’

Mr Hill said those who deny the problem exists were typically men who were not at risk of family violence.

He said while the evidence needed to be examined carefully, there was a strong case for the Federal Government to follow Victoria’s lead by making an explicit provision in the law that requests or demands for dowry before or after marriage were a form of economic abuse.